On our flight from Kissimmee to Titusville we will have a special guest, Maj. Joseph H Reus. During WWII then 2nd Lieutenant Reus served as a bombardier for the 445th Bomb Group, 703rd Bomb Squad, flying B-24 “Liberators” out of Tibenham, England. He was shot down not once, but twice, less than two months apart and spent almost 1 ½ years as a German POW in Stalag Luft 1.

The National Warplane Museum will be offering rides in The Movie Memphis Belle under its Living History Flight Experience Program starting at $450 per person. The rider will experience the thrill of flight, the way it was in the old days of churning propellers and roaring radial engines that dominated the skies over Europe and the Pacific during WWII. Nine lucky individuals will share this remarkable experience at a time. Tours will be available as well while we are at the show. You can book your flight at the Titusville airshow here: https://fareharbor.com/embeds/book/nationalwarplanemuseum/items/82545/calendar/2018/04/?flow=34313

The Movie Memphis Belle was lovingly restored by the Tallichet family to resemble the original Memphis Belle, and had the title role in the 1990 movie “Memphis Belle” starring Matthew Modine and Harry Connick Jr. It has delighted crowds at airshows and reunion events since the late 1970’s.

Four 1200 HP Wright Cyclone engines power the heavy bomber, which was beloved by its crew for being able to bring them home safely even after having suffered severe battle damage.

You can also book a flight with us at the Vero Beach as well! For more information check us out on Facebook or the Web at: NationalWarplaneMuseum.com or WarbirdAdventures.com You can also give us a call at: (407) 870-7366. 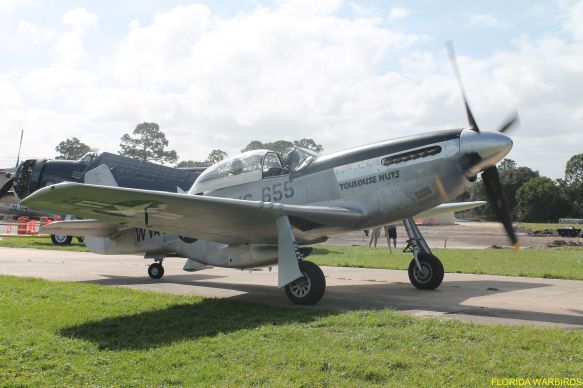 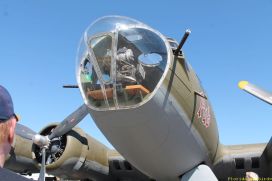 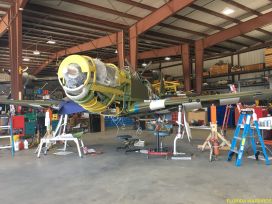